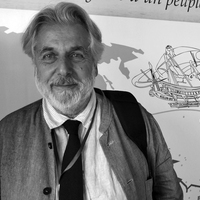 Pierre-Yves Manguin joined the Ecole française d’Extrême-Orient on April 1, 1970, and since 1977 has been posted several times to the EFEO Centre in Indonesia, where he lived for some fifteen years. He is now posted to the EFEO’s Paris headquarters. At the EFEO, he has directed the research units “Southeast Asia : exchange, religions, state” (1997-2007) and “Ancient cities and spacial structuring in Southeast Asia” (2008-2011). He also coordinated the program “Ancient khmer space: Construction of a digital corpus of archaeological and epigraphic data” (funded by the ANR 2009-2011). Since 2012 he has been editor of the Bulletin de l’Ecole française d’Extrême-Orient. He retired in 2013, and has since then been an Emeritus Professor of the EFEO.