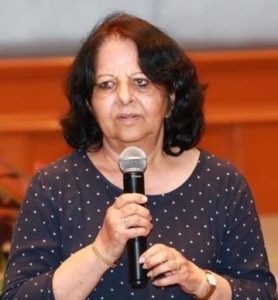 Himanshu Prabha Ray held the Anneliese Maier research award of the Humboldt Foundation from 2014 to 2019. She was the first Chairperson, National Monuments Authority, Ministry of Culture, Government of India, New Delhi from 2012 to 2015. Until August 2012, she was Professor at the Centre for Historical Studies, Jawaharlal Nehru University, New Delhi, which she joined in 1980.

Ray is the series editor of Routledge Archaeology and Religion in South Asia series.

A bibliography prepared under her supervision on ‘Sailing to Suvarnabhumi’ for the ASEAN – India Centre at Regional Information System for Developing Countries is online at: http://aic.ris.org.in/bibliography