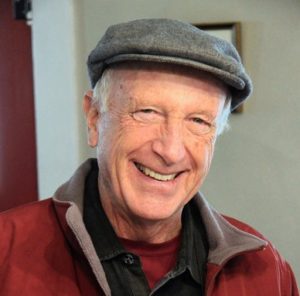 Dennis B. McGilvray is retired professor of cultural anthropology at the University of Colorado, Boulder campus. He previously taught at the University of Santa Clara, the University of Cambridge, and Cornell University (Melon Postdoctoral Fellow). After graduating from Reed College (BA 1965), followed by a year of graduate study in Social Relations at Harvard, he received his PhD in anthropology from the University of Chicago in 1974. He chaired the University of Colorado Department of Anthropology from 2006-2010, and he was president of the American Institute of Sri Lankan Studies (AISLS) from 2015-2017. His research is focused on Tamil-speaking Hindu and Muslim communities in the easternmost districts of Sri Lanka, as well as on culturally and historically related communities in coastal South India (Tamil Nadu, Kerala, and Lakshadweep), regions he has also explored and documented photographically. His publications reflect his interests in social structure (caste and matrilineal kinship), family patterns (matrilocal marriage and women’s dowry), popular religion (Hindu temple festivals and Muslim Sufi shaykhs), gender/sexuality (ethnomedicine and puberty ceremonies), ethnic identity (Sri Lankan Moors and Portuguese Burghers), and recovery from societal trauma (Eelam wars and tsunami disaster). His books include Caste Ideology and Interaction (ed., Cambridge 1982), Symbolic Heat: Gender, Health, and Worship among the Tamils of South India and Sri Lanka (Mapin 1998), Muslim Perspectives on the Sri Lankan Conflict (ed., with Mirak Raheem, East-West Center 2007), Crucible of Conflict: Tamil and Muslim Society on the East Coast of Sri Lanka (Duke 2008), and Tsunami Recovery in Sri Lanka: Ethnic and Regional Dimensions (ed., with Michele Gamburd, Routledge 2010).  His current book project is tentatively titled A House for Every Daughter: Matrilocal Marriage in Sri Lanka and South India.